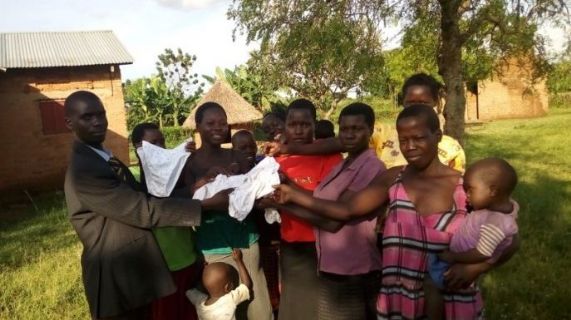 According to the WHO 2021 report on gender-based violence, in the world over 30% of women have suffered psychological, physical and sexual violence in the course of their lives and over a quarter of women between the ages of 15 and 49 have suffered violence from their own partner. The Covid-19 pandemic has exacerbated these aspects, which affect both developing countries and high-income countries.
Among the most vulnerable people are also the disabled: according to the World Bank's 2021 report, over 15% of the world population lives with some form of disability and one fifth of them suffer from serious ailments and / or rare diseases. In this context of precariousness the intervention of AMCS is inserted: with Case Aperte, the support to local realities committed to supporting the most vulnerable people takes the form of the distribution of food and various materials, the transport of goods, hospitality and listening to user requests, support and administrative technical advice in the implementation of social projects and actions and financial support for the construction of structures and maintenance of the activities started The AMCS approach is in line with the Sustainable Goals of the Agenda 2030, in particular with SGD 1.
Although Uganda has experienced good economic growth in the last two decades and the percentage of the population living below the poverty line has dropped from 38% in 2002 to 21.4% in 2016 (UBOS statistics, 2016/17) , the development process was not uniform. Some areas continue to record alarming indicators of poverty, notably the Karamoja region, which has the highest poverty rate in northern Uganda: over 70% of the population lives below the poverty line, while the literacy is only about 23% for women and 63% for men (UDHS, 2011).
The AMCS intervention strategy in supporting local realities therefore includes not only the distribution of basic necessities, but also the support in the realization of projects that favor the integration of vulnerable subjects in the social fabric, through awareness-raising activities, professional training , education and job placement.