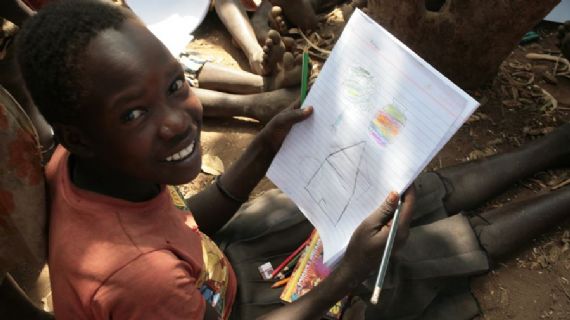 The latest UNICEF report reports the critical issues relating to the education of children and adolescents worldwide. Data relating to low-income countries still show a situation of extreme inadequacy today: the number of trained teachers is insufficient, learning materials are lacking, mixed classes and the lack of health services in schools make learning difficult. . This adds up to external factors such as malnutrition, lack of access to health care, physical and mental fatigue due to domestic work, in the fields or in the livestock sector. It is estimated that 617 million children and adolescents worldwide do not reach the minimum level in reading and mathematics, although two thirds of these are in school. According to the 2016 UBOS report, in Karamoja 33% of young people over 15 do not work, 86% of young people do not study or work and 70% of the population over 10 have never received an education. In Karamoja, only 0.9% of children aged 6 to 12 regularly attend school (UNFPA, 2018).
The intervention of AMCS is part of this context, through the promotion of awareness-raising, training, educational and recreational-recreational activities within the Community Development Center of Moroto (CDC), which houses the Don Vittorione Youth Center, the nursery school "La Casa della Piccola Giraffa", environments for school support with the "W la scuola" initiative and cutting and sewing courses for young mothers. 150 young people were involved every day in awareness-raising and recreational activities, 44 street children took advantage of the service for family reunification, thus abandoning the street life and 12 young mothers were included in the training program, to become autonomous from the point of view. from an economic point of view. This approach is in line with the Development Goals of the 2030 Agenda and in particular with SDG 4.
The educational sector is one of the pillars of AMCS: by giving children and adolescents the opportunity to access school services, professional training and recreational-recreational activities, it contributes in the medium term to forming greater awareness in young people on the importance of receiving education and to prepare for one's future and in the long term to counter the phenomenon of early school leaving, unemployment and street life, which still lead today to dramatic consequences such as alcohol abuse, violence and abuse, going to increase insecurity in the Karamoja region.